Kesie Fedrizzi Gleason
Former Teens Act Associate Director, Teacher and Mentor
BA in Family Studies
​Board Member - Program Committee ​
Kelsie was raised in Nevada and attended school in Las Vegas. While in high school she tutored students as part of her HS education. She earned her BA in Family Studies at BYU. Until the summer of 2019 her husband Devin daughter Marilyn and son William lived in Provo. They now live in Boise Idaho where her husband is pursuing a law degree.
​Kelsie has worked as a Teens Act mentor and then teacher. She has worked in the travel industry, child care and as a sales associate. Kelsie also has intermediate spanish language skills.
Kelsie is commitment to the mission of Teens Act and to its positive impact in the lives of its students. 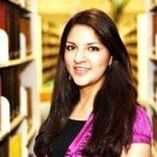 Dayan Bernal
Founder & Former Executive Director (2011-2014 July)
Born in Bolivia, Dayan Bernal’s personal academic journey was similar to that of Teens Act students. Her family moved from Bolivia to California during her sophomore year of high school. Dayan is the first member of her family to graduate from college, having completed a B.A. in Latin American Studies and a minor in Philosophy with honors from BYU. She was named an Education Alliance National Conference Honoree for creating and implementing the college prep course for at-risk students that led to Teens Act. She served as the first executive director of Teens Act from 2011 to August 2014.

Shannon Addison
Former Teens Act Program Coordinator (VISTA)
Raised in the quaint town of Castle Dale, Utah, Shannon moved to Provo and attended Brigham Young University in 2005. She finished her BS degree in Family Life with an emphasis in Family Studies. Shannon is a first-generation college graduate. She worked and also served as a Program Coordinator (AmeriCorps VISTA member) by coordinating the implementation of our program for about 100 students and their parents at two high schools by providing a training and support for 11 part-time college mentors and several interns and volunteers during the 2015-2016 School Year. ​

Caroline Jackson
Former Provo High School teacher and Provo High School Program Coordinator
Caroline and her husband live in Orem. A undergraduate student at Utah Valley University Caroline has been a mentor for Teens Act as well as the lead mentor teacher. As the Program Director at Provo High she provided support and training for the lead mentor and other mentors there. Caroline is committed to student success and is a great resource to Teens Act.
Rebekah Leavitt
Former Independence High School mentor and current Grant Writers program author and advisor

​Deryl K. Hatch
Assistant Professor of Educational Administration at the University of Nebraska–Lincoln
​Deryl K. Hatch, PhD, is Assistant Professor of Educational Administration at the University of Nebraska–Lincoln. His research and teaching focuses on community college environments—from the structural to the programmatic and classroom level—to uncover how they intersect with student experiences to foster equitable access, quality, and success in higher education, especially in regards for those from traditionally underserved and underrepresented populations. Dr. Hatch is faculty associate of the Nebraska Center for Research on Children, Youth, Families and Schools (CYFS) at UNL and is the principal investigator of the Student Success Program Research Initiative (SSPRI). Prior to UNL, Dr. Hatch led the development of the Community College Institutional Survey (CCIS) and the Survey of Online Student Engagement (SOSE) at the Center for Community College Student Engagement (CCCSE) where he maintains associate status. He earned his Ph.D. in higher education administration from the University of Texas at Austin, Ed.M. in technology, innovation, and education from the Harvard Graduate School of Education, and B.A. in linguistics from Brigham Young University.

Axel Donizetti Ramirez
Associate professor of education at Utah Valley University
​Axel Donizetti Ramirez has been in education for over 22 years. The majority of his career was spent teaching junior high social studies. He was born in Guatemala and attended school in East Los Angeles and Nebo and Provo School Districts. He holds a PhD in multicultural social studies education and is currently an associate professor of education at Utah Valley University. He still enjoys teaching high school students in the summer. The rest of his time is spent with his five wonderful kids. 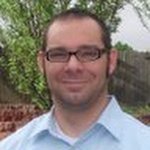 Bryan Waite
​Associate Professor in the School of Education & Program Director of Global & Multicultural Education at Utah Valley University
Bryan Waite holds a Master’s degree in Spanish Education and a Ph.D. in Multicultural and Bilingual Education. He has taught Spanish at both the high school and college levels and, with his love of language and culture, is passionate about being in the classroom with future and current teachers. Bryan has been teaching in the Education Department at UVU since 2007. He and his wife are the parents of a son and twin daughters. They enjoy the many outdoor opportunities that Utah has to offer.

Bryant Jensen
Faculty at BYU's McKay School of Education
Bryant is interested in improving learning opportunities for Latino children, especially those from immigrant families. His work addresses cultural dimensions of social and academic learning, home-school collaborations, professional development, mixed methods, and design-based approaches. Bryant has worked as a school psychologist in urban schools in the Southwest, and studied literacy learning in different communities and school types in Mexico. Previously he was a research associate for the National Task Force on Early Education for Hispanics, a Fulbright scholar in Mexico, teacher educator in CA's San Joaquin Valley, and an IES postdoc fellow at the University of Oregon.

Erin Whiting
​Faculty at BYU's McKay School of Education
Erin Feinauer Whiting is an assistant professor of Multicultural Education in the Secondary Education Teacher Preparation Program at BYU. Her commitment to understanding and alleviating societal inequality have followed her in her varied experiences, work, and interests. Recently, this includes a focus on school community and organization for the inclusion of all students.

"Education is more than preparation for life. It is life itself."