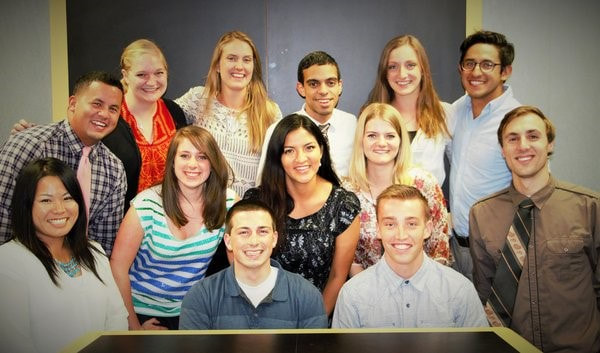 Our mission is to empower underserved students to graduate from high school and go on to higher education.

As mentioned on our Homepage Teens Act has always supported students in their academic and life skill development. Students learn Achievement, Character and Tenacity (ACT), along with other life skills through Teens Act. At the same time students learn about academic readiness for college as measured by ACT (American College Testing). The work of Teens Act is to help student to act and become successful in school and life.

2007
While attending Brigham Young University (BYU), Dayan Bernal, founder at Teens Act, created and implemented a successful college preparation course for at-risk Hispanic students at Provo High School as part of her honors thesis.
​Being able to identify with the frustrations associated with preparing and planning for higher education, she wanted to provide tools, knowledge, and resources to students who found themselves in similar situations. The original course was two months long and very successful. In fact, three years later, 17 of the original 25 students completed their first year in college—students who otherwise would not likely have graduated from high school. 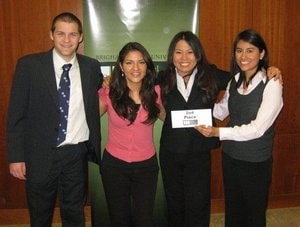 2011-12
Dayan and Saeko Logsdon (Executive Director at Teens Act) established Teens Act, which won second place in the Brigham Young University Social Venture Competition . Using the funds they were awarded they started Teens Act as a non-profit. 501(c)(3) organization, with the mission to empower under-resourced students to obtain a post-secondary education.
The results of the program were remarkable. During the first two year cohort at Provo High School twenty students enrolled in Teens Act, half of which were ethnic minorities. The students in the class maintained a 90% attendance rate. Their average ACT score improved 4 points, the highest ACT score improved 12 points (from 15 to 27 points). 100% of the senior students graduated from Provo High School in May of 2012. Furthermore, 90% of our students started college this fall.​
2012-13
Teens Act served over 70 at-risk students and their parents at Independence High School and Jordan High School. In addition, Teens Act served over 30 court mandated youth by partnering with Centro Hispano and the Utah Department of Health. Moreover, Teens Act won the UVU Social Incubator Competition, winning funding and free office space at the UVU Business Resource Center.

2013-14
We started an approved elective Student Success Class that is taken during the day in all three high schools. As result, we added over 70 at-risk students, serving a total of 91 students that school year. 81% of students were minority students, and we achieved 90% attendance rate. By years end, 86% of those who were seniors graduated from high school, while those who were underclassman remained in high school.
During that year we continued to collaborate with local universities to recruit qualified college mentors to help our students with their homework in their Teens Act classes and after school programs.
Teens Act received a three-year CNCS grant to hire 3 full-time Americorps VISTA members who will help develop the capacity of the organization through program supervision, curriculum development, fund development, and research.
2014-15
In conjunction with Dr. Carol Ward and Dr. Tim Heaton of Brigham Young University’s Sociology Department, Teens Act acquired a Mentoring Environment Grant (MEG) for over $19,000 to evaluate the effectiveness of the Teens Act program. The grant funds were used to develop and implement a long-term cohort study in the 2014-2015 school year.
In addition, Teens Act received a $30,000 multi year 21st Century Grant through the Provo School District to continue its educational support of students.
2015-16
​In 2015, Teens Act was recognized with a Bright Spot Award by the White House Initiative on Education Excellence. In addition, Teens Act became a partner agency of United Way. This gave Teens Act access to additional community and funding resources. The partnership has also helped us recruit more volunteers and raise awareness about our program throughout Utah County. Teens Act is committed to improving the lives of students, increasing their educational performance, decreasing the high school dropout rate and increasing the number of first-generation college students in the state of Utah.
2016-17
Teens Act continued its work at Independence and Provo High School. At this point in time Teens Act had served over 400 high school students who were at risk of dropping out.
We facilitated a study for an Extended Day program at IHS through a collaborative effort with the Ballard Center Social Innovation Project at Brigham Young University. This study benefitted IHS as they developed a more effective after school program.
Teens Act supported an innovated summer time “Grace Period” Senior Support program that IHS had developed. The program was designed to help students complete the course work they needed to fulfill credits necessary for graduation. Teens Act supported the project by providing additional funding to the after school program staff, the acquisition of some computers for students to use to complete school work at their homes and some Teens Act staff helped to contact students and do home visits.
Teens Act developed Community Service Volunteer Provider Agreements with BYU and UVU to improve its partnership work with those Universities.
It was awarded a $10,000 Provo City Community Development Block Grant.
2017-18
Teens Act continued it’s support of students at IHS while starting it’s first elective class there, continued it’s elective class at Provo High School and also started an elective class at Valley High School in the Jordan School District. It also solidified its partnership at UVU and started its partnership with Salt Lake Community College (SLCC). Teens Act also started a UVU Connections program for Teens Act Continuing Success students using UVU students to mentor seniors from Provo High to prepare them to attend UVU. We have continued the UVU connections program in the summer and have invited more students from PHS, Timpview High School (THS) and IHS to participate. We also continued the Senior Support Program, based largely on what we had done during the previous summer at IHS. In addition to students from IHS we have worked with students from PHS, and for the first time with THS students. These two new program services; UVU Connections, and Senior Support Programs, are both coordinated by Summer Associate Vista’s by AmeriCorps grants through United Way of Utah County.
Teens Act applied for and was awarded a $10,000 Provo City Community Development Block Grant for the 2018-19 school year. We are supported by a number of businesses and corporations and hope to increase our partnerships with others so that we can continue this vital work to empower more students toward higher education. 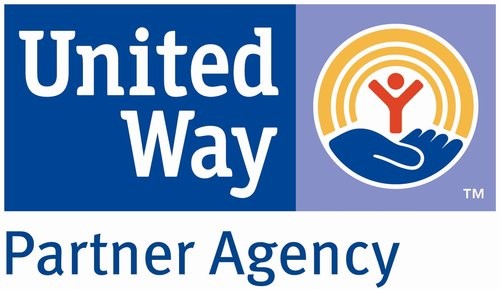 At Teens Act we envision that through personalized mentoring and specialty curriculum, disadvantaged students will be able to gain the knowledge, resources, and motivation to successfully navigate the path towards high school graduation and their college-career plans. This philosophy and model successfully improves student learning both in academic and social-success-life skills, decreases the high school dropout rate, increases the number of graduates and prepares more first generation college students for higher education in the state of Utah.