“I was struggling in high school but because of Teens Act, I was able to get my high school diploma, go to college and pursue an education.”
​-Tabi (Utah Valley University: Provo High School) 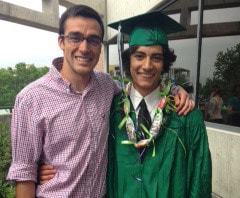 ​“A lot of people are surprised that I want to go to college because they don’t really see that in me......This program is really good for anyone who is feeling like they can’t do it, because I was feeling like that, but now I have hope and I know I can do it!”
- Billy (Jordan High School)
​
“All the motivation from the teachers and guest speakers gave me the confidence that I needed to pass the ACT and go to a good college regardless of my background.”  - Katherine (Provo High School) 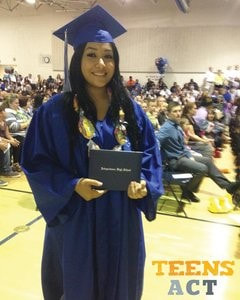 ​“Before Teens Act, I didn’t really think I could go to college, but now I have that goal: to go to college, to graduate and to become the first member of my family to do so.”
​-Erica (Provo High School)
​"I definitely feel differently about my future since I've been in the class. [The mentors] just showed that they’re there for me and they push me ... They help you with school stuff, help you to go to classes, do your work; it helps me a lot"
​- Michael, Teens Act student 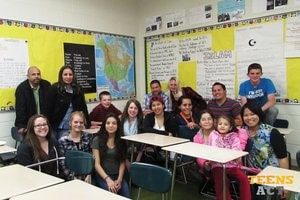 "I saw her confidence grow and grow because she understood the big picture. I’ve seen that she has definitely taken advantage [of the class] and it’s going to be something that’s going to carry through from here to when she goes to University of Utah and wherever she goes from there...it’s life skills, so I’m most appreciative.”
– Carol, Teens Act parent 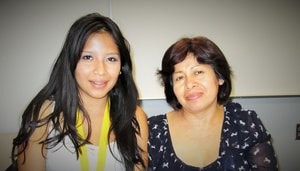 “I think it’s very important that there are people who speak both languages because there are people like me who have not mastered English very well...It helps us to really know where we can help our children and be able to work together as a team –parents, teachers as well as the people from Teens Act.”
​- Valeria, Teens Act parent
“Ever since he has been coming to the group he has felt confidence from the help that you guys give him with his homework, and in everything that he is in need of as he goes. He really feels very sure of himself. Now Billy talks with his teachers, he asks questions, something that he did not do before.”
– David, Teens Act parent
​

"As a first generation college graduate myself, I know first-hand the challenges many students face when they reach university level study. Navigating the system with no one in their family to guide and support their journey is an enormous hurdle many students do not overcome. I am very pleased with the success of my former students as a result of Teens Act. The support Teens Act provides will empower many more students to succeed in high school and beyond."
​- Samuel Ray (Former Principal at Provo High School)

"IHS students are challenged in many ways. Families are one-parent, there are financial issues, parents doing their best but not having many skills, motivation struggles, social life (not academics) is a focus, etc. Some of our students are in foster homes and some are in group/rehab situations. Jason (Teens Act teacher) is great. He cares about the students and keeps encouraging them even when they don't respond. He is very patient and concerned when a student doesn't take advantage of the opportunity of school. He communicates with parents and tries to help them understand how to help their children work within the school system."
- Lani Quisenberry (Former Principal at Independence High School)
"Teens Act is different from other programs that are focused on college because they don’t focus on those that already have the resources. Without Teens Act, they probably would not have gotten the exposure about knowing what college is, the college process, financial aid. I’ve seen definitely more confidence in them. I think a lot of them are more goal oriented."
-Javier Morales (Former Independence High School Basketball Coach) 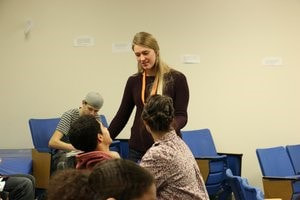 "These students have aspirations. Many may claim that they don't have a goal or direction in life, but they do. They just may not know how to achieve that goal, and that's what we're here for."
​- Andy Gonzales (BYU Mentor)
"During my time at Independence High School, I have seen students find hope of success and graduation after a long time of despair. I have seen relief come over these students as they receive help and encouragement from the team of Teens Act. Parents are satisfied to have someone who will work with them and their students. They have another wind of hope for their student’s success as they see a change within their child. I have learned that most of teaching is about changing the students’ mindset about learning, school, college, themselves, success, the future, etc. A teacher is one who reignites the fire of passion in another person and encourages them to succeed and helps them along the way to reach their goals."
- Jason Miller (Former IHS Teacher) 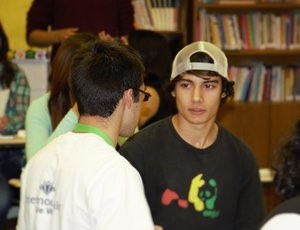 "As a teacher at Jordan High School…it was great to see [the students] try for things that they might not have thought they could've accomplished before. With a little effort, and by participating in this program after school I really felt like they were learning about their true potential."
​- Erika Ralph (Jordan High School Teacher)

“This is [an] opportunity for future teachers to have practical experience with students who may sometimes feel like a burden to other teachers or schools, but who desire individual love and attention and have so much to offer.”
​- Ramona Cutri (Retired BYU Professor)

Kenny
​
Kenny grew up with his mom, and as a single mother, she had to work full-time in order to support their family. Kenny went to school, but he never had enough parental attention and support to do well. His goal was simply to do enough to pass his classes.

​However, once Kenny enrolled in Teens Act Student Success Class during the 2014-2015 school year, he learned about his worth and potential as a teen and as a student. He was taught to set daily and weekly goals and how to go about achieving them. Kenny learned to be studious and made it a habit to spend time after school studying and completing assignments.

In December 2015, Kenny’s efforts paid off. He was nominated to attend the 2015 Congress of Future Medical Leaders in Boston—one of the most prestigious invitations for young leaders in the United States. The invitation confirmed the value of Kenny’s new study habits. Now Kenny understands his potential as a student. He has confidence that he can set and achieve goals like his goal to go to college and become a doctor.

Kenny’s successes have inspired his family and his peers. His parents have participated in the Parent Support Program and receive monthly phone calls from Kenny’s mentor. As Kenny gets excited about his academic efforts and achievements, he shares his excitement with those in his class and encourages them to become successful themselves.
With the help of Teens Act, Kenny has changed from a boy who merely wanted to pass to a dedicated student who does well in school,  is on track to graduate, and has chosen  a profession that will have a positive impact on society.
When Kenny was asked how he would feel if people helped fund him and other students in the Teens Act program, he said, “I would be so grateful to know that people care enough to help.; because others are willing to help me in my time of need, I will graduate for them and become someone who helps the community. 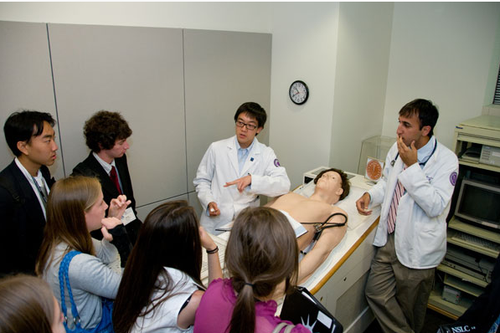 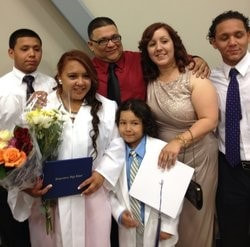 Her mentors noticed that her grades started slipping after the holiday break, and that she wasn’t as focused a she had been earlier in the semester. Be cause of the strong relationship they had with her, they found out that during Christmas break Clara’s mother passed away. Her mentors were able to personalize their efforts to help Clara do well in her classes this difficult situation. She had the following to say about the help she received: “The one-on one attention [from mentors] has really helped me learn the material of my homework better than I do in my regular classes.” She is an outstanding student that is continuing to improve and prepare herself for her future. (Clara currently attends Salt Lake Community College) ​

When Brad came to Independence at the beginning of his senior year, he was a year behind on credit and in danger of dropping out of high school. Since then, Brad has completed necessary work to recover his credit, signed up to retake the ACT, and received his high schooldiploma. He currently attends UVU and is studying entrepreneurship.